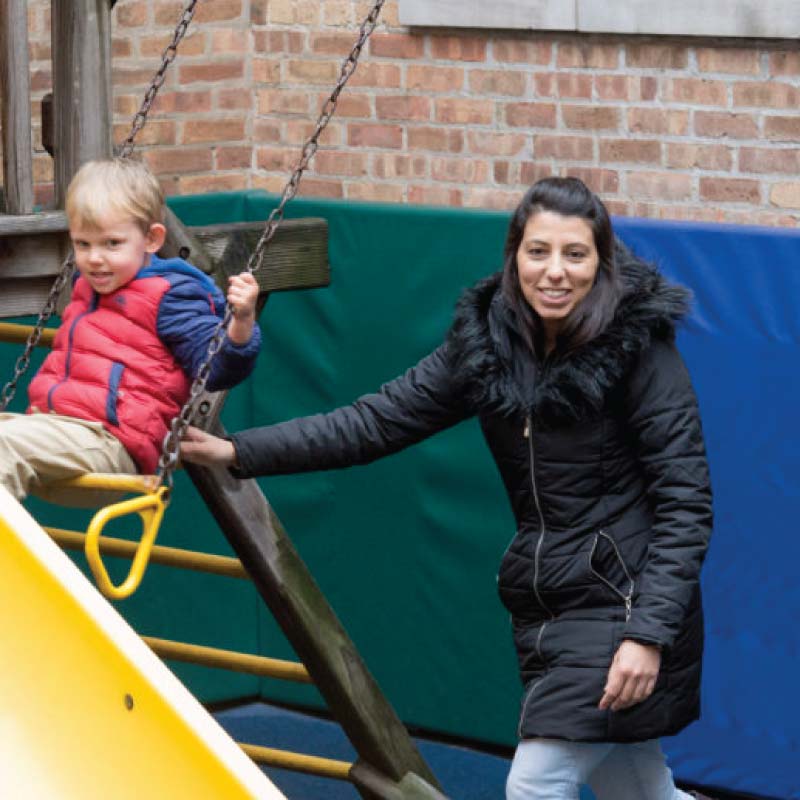 Madlin Sada’s enjoyment of children shines through in her roles as associate director of Pilgrim After School (PAS) and teaching assistant in the afternoon pre-K classroom, where she works with Mrs. Bataneant. “I love playing and laughing with kids!” she declares.

Born in Syria, Ms. Sada has lived in the United States for 21 years, and her entire family resides in Chicago.  After earning an associate’s degree in early childhood education from Northeastern University, Ms. Sada worked as a bookkeeper before joining the Pilgrim staff three years ago.

One of Ms. Sada’s biggest hobbies is playing soccer, and she hopes to pass along her love for the game to her afternoon preschool students.

Any cookies that may not be particularly necessary for the website to function and is used specifically to collect user personal data via analytics, ads, other embedded contents are termed as non-necessary cookies. It is mandatory to procure user consent prior to running these cookies on your website.